AbGenics has developed RNA interference (RNAi) vectors to target cgeo helminth parasites in the gut. Probiotic Lactobacilli containing antiparasitic RNAi molecules colonize the gut and are consumed by the co inhabiting parasites during the feeding cycle. The Lactobacilli release the RNAi molecule in the parasite gut wherein vital parasitic enzymatic processes are disrupted resulting in death and clearance from the host.

The proof of concept has been established for hookworms, Ancylostoma sp. This project was funded by the Gates foundation under the Grand Challenges Explorations 2014.

The same platform can be used for targeting other economically important geohelminth parasites like roundworm, threadworm and pinworm. 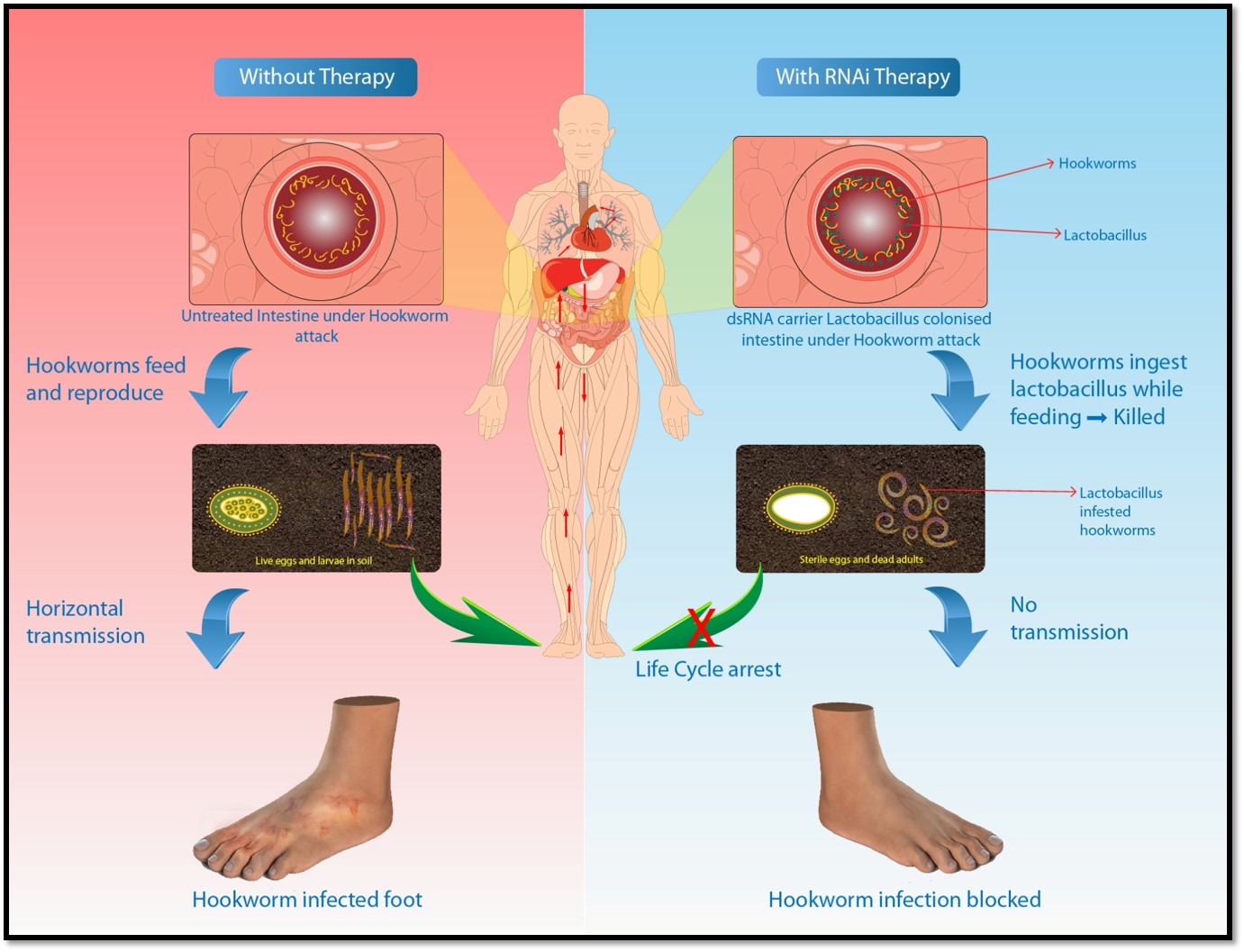